Crazy CA 95% penalty on my refund! 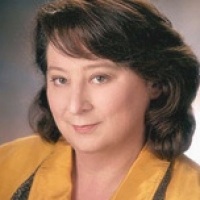 When it comes to the California FTB, the rule is, even when you have a refund coming, the FTB penalizes you on the tax liability, not the balance due.

It doesn't matter how many times you call them to tell them that, sooner or later you're going to get around to filing.

See page 15 of the Form 540 instructions - www.ftb.ca.gov/forms/2013/13_540ins.pdf
Late Filing of Tax Return. If you do not file your tax return by
October 15, 2014, you will incur a late filing penalty plus interest from the
original due date of the tax return. The maximum total penalty is 25% of the
tax not paid if the tax return is filed after October 15, 2014. The minimum
penalty for filing a tax return more than 60 days late is $135 or 100% of the
balance due, whichever is less.


The only way to avoid this hit is - FILE THE TAX RETURN ON TIME, including extensions.
If you're still missing information, include a statement to that effect and tell them what numbers you're estimating.

Then, once you have the numbers, file an amended return and correct your estimates.


You mention that you've done this before and not been hit with penalties?
Count yourself lucky.

You have now established a pattern of filing late - so you'll have a hard time getting them to waive these penalties. You can try. There's no harm in asking.

But I doubt you will succeed. 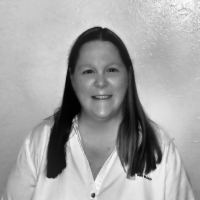 Kathryn Morgan
Sorry for the delay answering. My first recommendation is you see a tax professional, preferably a good Enrolled Agent, ASAP. The CAFTB has a clause that says if they sent you a "demand letter" which, I assume, is what you were responding to when you called them in Jan 14, about an unfixed return they may penalize you up to 25% of your tax liability before payments and credits! even if you have a refund in the end. (R&TC Section 19133). This means they look at your tax on line 31 of the form 540 and assess a penalty of 25% of that. There is also another 25% late filing penalty that can be assessed. The state of California, like all the other states is broke and trolling for money, so they are hammering people with penalties they have never enforced before. Here is a link to a possible way to get that penalty amount back. Your tax professional can help you but the clock is ticking. www.ftb.ca.gov/law/summaries/Penalty_Abatement.pdf
Leave a Comment 410 weeks ago 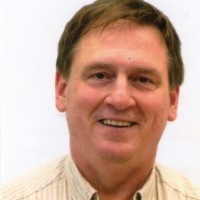 James Kronenberg
Eva - great succinct explanation! However, I may be missing something so forgive me - not your following explanation stating "The minimum penalty for filing a tax return more than 60 days late is $135 or 100% of the balance due, whichever is less." Not sure how taxpayer loses $6,700 refund (out of $7,000) when applying this rule. Kathryn's addendum comment does seem to clarify Late Filing penalty imposed on CA tax liability rather than your reference to the "tax not paid". However, her reference to CA broke (true in the "bare naked sense" given nonrecognized CA pension liabilities) but not true currently in most recent CA operating budget signed by Gov Brown in late June - that would seem to be a more relevant during 2007-2008 financial crisis but is now outdated (in financial media) - CA deficits no longer reported given current CA operating budget. Still, FTB will persist with penalties - taxpayer must pursue "Mea Copa" as Kathryn has advised in hopes they will relent at least partially as there is more "wiggle" room in CA govt operations.
Leave a Comment 408 weeks ago