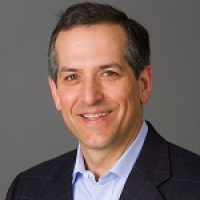 Prior to becoming president, Mr. Korengold served as the company’s senior vice president and general counsel where he handled the company’s various legal matters including government relations and corporate compliance issues. Prior to joining Enhanced Capital, Mr. Korengold practiced law for seven years in New Orleans and Minneapolis, with an emphasis on mergers & acquisitions and financing transactions. He clerked on the U.S. Court of Appeals for the Fifth Circuit.

Since joining Enhanced Capital, Mr. Korengold has lectured extensively on capital formation programs, and has testified before numerous state legislatures and other governmental institutions on related issues. Mr. Korengold also has served on the boards of numerous civic, community, and charitable organizations including as chairman of YPO’s Gotham Chapter. He is currently on the Board of the Pancreatic Cancer Action Network.

You can reach me directly at 212.207.3385 for complimentary consultation on corporate tax credits.

How do tax credit investments work?
Browse All