What is the value of a Series LLC? 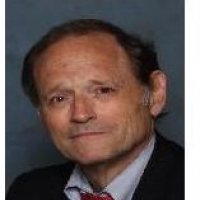 For example, a company segregating its over-the-road trucking division into a separate cell, even if the trucks are not common carriers and just makes delivers of the company’s products, and nothing else.

Without a Series LLC statute, the entity would have to form a legal entity for each pool of assets, like for an entity that owns 30 rent houses, it would have to set up 30 legal entities. The concept of a Series LLC was formed allegedly by the financial service companies so they would not have to set up a new entity every time a new fund was formed.

Thus Texas says “… (1) the debts, liabilities, obligations, and expenses incurred, contracted for, or otherwise existing with respect to a particular series shall be enforceable against the assets of that series only, and shall not be enforceable against the assets of the limited liability company generally or any other series; and… applies only if: the records maintained for that particular series account for the assets associated with that series separately from the other assets of the company or any other series; Texas Business Organizations Code Sec. 101.602.

This is a new entity and the law is not settled. For example, a taxi company sets up a separate segregated pool of assets made up of one cab only. Litigation ensues and a judgment creditor seeks to satisfy the judgment against the assets of the Host and all other cells. In a Series LLC the creditor can’t do that.

There is a theory known as the “Enterprise Theory” in that a company cannot insulate a part of itself if the asset, relying only on itself, is not, in fact, viable. In the taxi example, it would not seem that one cab by itself is viable, but has to rely on dispatchers, for example.

Texas has abrogated this theory, so this should not be a problem in Texas, not yet anyway.
Leave a Comment 104 weeks ago