Our question is to what extent do the states have the authoritiy to contract with or outsource an abandoned and unclaimed property audit to a third-party, and how objective will auditor's be who have a vested interest in the outcome of the examination considering the fact that the more they find the more they make?

My company recently received a notification from the state of Delaware indicating that the State has contracted with a third-party to perform an abandoned and unclaimed property audit onbehlaf of Delaware. Shortly after receving the Delaware notification the we received notifications from ten other states indicating that they also had contracted with the same third-party audit firm to perform a similiar examination. It is our understanding that the auditors will be compensated on a contigent fee basis. 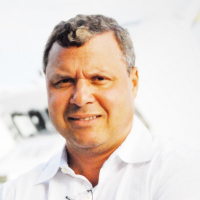 Noel Hall, Jr., MSF, CPA
Welcome to audit roulette. Unfortunately, third-party or what is commonly termed "bounty hunter" auditors have become the norm in the area of abandoned and unclaimed property ("AUP"). This is especially the case with the State of Delaware who loves to boast that AUP is the third largest source of revenue considering Delaware is the second smallest state in the Union. Some states like Ohio have regulations on their books that strictly prohibit the use of third-party auditors in the area of AUP. Such is not the case with Delaware and many other states.

Further, you are very perceptive in your concern for objectivity in the examination when the auditors have a vested interest in the audit results. Depending on what third-party firm will be auditing you, and I can probably guess who they are if Delaware is involved, the audit will not be undertaken from an objective perspective but instead, becomes merely an exercise in seeing how much money can be extorted out of your company. Depending on the size of your company, quality of records and years in existence, don't be surprised to get initial exposure amounts in the multi-million dollar neighborhood.

Having represented more companies than I can remember, the amounts claimed to be owed by some of the third-party audit firms are wildely inflated by huge multiples. The best advice I could profer would be not to try to go it alone but instead, consider retaining a competent advocate to guide you and your company through the process. I can't tell you how many companies for the sake of saving some money try to undertake the audit defense on their own. Not wise! the few dollars you spend up front can save you exponentially down the road.
Leave a Comment 484 weeks ago 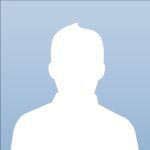 Steve Crair
Unless Delaware has a different law than most states, they have the right to contract with third parties for audits and most everything they want. The auditors do not work on contingencies, so they get paid the same amount no matter what they find.
Leave a Comment 482 weeks ago