If I move to Canada, do I have to pay Canadian income tax on all my income (even income from outside of Canada)? 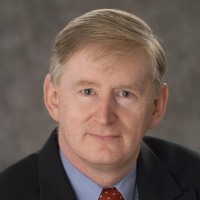 Blair Dwyer
Canada taxes its residents on worldwide income and capital gains. However, a new immigrant to Canada -- one who has never resided in Canada before -- can enjoy a Canadian tax holiday on non-Canadian income and capital gains for up to five years. To some extent, the five years is a "free trial" before one has to start paying Canadian tax on all income and capital gains (if one decides to stay beyond the five-year tax holiday).
To take advantage of this tax holiday, the new immigrant must contirbute non-Canadian assets to a non-Canadian trust and have the income earned by the trust. For example, assume that X has never previously resided in Canada and moves to Canada on January 1, 2012. Before moving to Canada, X contributes all X's assets to a non-Canadian trust. Any income earned in the trust in 2012 will not be subject to Canadian income tax. If the trust capitalizes that income on January 2013, the trust can even distribute that capitalized income to X without payment of Canadian tax.
The trust will become deemed a resident of Canada if X stays in Canada longer than 5 years. However, that deemed residence will arise only after the end of the 5 years. As a result, no Canadian income tax applies on income earned during those 5 years. As well, any capital gains that have accrued in the trust during those 5 years will not be subject to Canadian capital gains tax. Canada will tax only the gains that accrue after the end of the 5 years.
This type of trust is often referred to as an immigration trust. Of course, it must be properly structured in order to have the desired effect of insulating non-Canadian assets from Canadian tax for the 5-year "free trial" period.
Leave a Comment 435 weeks ago