Can anyone provide detailed información on foreign pensión funds classification as PIFIC or trusts? It would be highly appreciated. 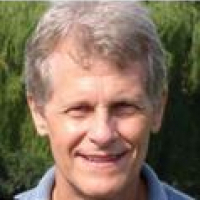 Although the Internal Revenue Code refers to trusts in numerous sections, nowhere in the Code is the term "trust" actually defined. Generally, an arrangement will be treated as a "trust" if its purpose is to vest in the trustees responsibility for the protection and conservation of property for beneficiaries who cannot share in the discharge of this responsibility, and, therefore, are not "associates" in a joint enterprise for the conduct of a business for profit. Treas. Reg. Sec. 301.7701-4(a). Most trust-like structures have not been officially classified by the IRS.

Form 3520-A provides information about the foreign trust, it’s U.S. beneficiaries, and any U.S. person who is treated as an owner of any portion of the foreign trust. If you are required to file Form 3520 and did not receive Form 3520-A from the trust, you are required to complete this form for the trust. A substantial penalty applies for failure to file these forms, if required. This fee applies for one foreign trust. Additional fees apply for more than one trust.

Indirect Ownership: If you are the "owner" of a foreign trust, including a foreign pension fund, you are considered an indirect owner of any PFIC owned by the trust. You are not considered the owner of an "employees' trust" (defined above). If your pension plan meets these conditions, Form 8621 is not required. However, if you contributed more to the foreign pension than your foreign employer, you will be treated as the owner of the portion of the plan attributable to your contributions. Treas. Reg. Sec. 1.402(b)-1(b)(6). That means if the trust owns PFICs, reporting is required, unless the trust is a foreign pension fund, income from which is exempt by treaty until distributed. Temp. Treas. Reg. Sec. 1.1298-1T(b)(3)(ii).

1) PFIC shareholders subject to the interest-charge rules (the default computation taxing distributions) are not required to file Form 8621 under §1298(f) if all the following conditions are met:
*  The shareholder is not subject to tax under §1291 on an excess distribution received (or treated as received) from the PFIC during the shareholder's tax year; and
* The shareholder has not made a QEF election with respect to the PFIC, and either:
— the aggregate value of all PFIC stock owned by the shareholder at the end of its tax year does not exceed $25,000 ($50,000, for married taxpayers filing a joint return); or
— the PFIC stock is owned by the shareholder through another PFIC, and the value of the shareholder's proportionate share of the upper-tier PFIC's interest in the lower-tier PFIC does not exceed $5,000. (Reg. Sec. 1.1298-1T(c)(2)).
2) Foreign insurance policies are usually not considered to be PFICs. (IRC Sec. 1297(b)(2)(B) & (f)).

Form 8621 Is also not required if the holder of a life insurance contract does not have control over the available investment accounts. (IRC Sec. 1297(b)(2)(B)).

A separate PFIC calculation is required on Form 8621 for each distribution, and it can become very involved.
Leave a Comment 174 weeks ago