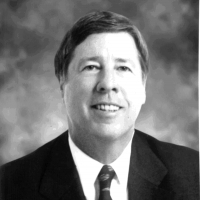 Cliff Jernigan is a long-time member of the California bar, with a law degree from Hastings College of the University of California and an advanced tax law degree from New York University Law School. He has been associated with a New York City international law firm and has held corporate tax counsel positions in the areas of banking, chemicals, food and real estate, and semiconductors, where he was Director of Tax and Global Public Policy for AMD. His last position was as a US Treasury Department appointee in the senior management of the IRS in the Large and Mid-Size Business Division, where he advised management on the major issues of the telecommunications, high-technology and media industries.

Jernigan has been a leader in promoting positive relationships between industry and the IRS. He was a founder and first president of the Santa Clara Valley Chapter of the Tax Executives Institute, the founder/director of the Silicon Valley Tax Directors Group, the Chair of the Tax Committee of the American Electronics Association, and the Chair of the Semiconductor Industry Association.

For many years he was a part-time business school adjunct assistant professor at Golden Gate University and an instructor in the Graduate Tax Program at San Jose State University.

Jernigan has written three books. Two of the books dealt with the topic of international trade issues for the high-technology industry. The last book describes his experiences during his appointment to the IRS.

In addition to his tax and legislative practice, Jernigan has been the author of three books:

The last book--Corporate Tax Audit Survival- A View of the IRS through Corporate Insider Eyes-dealt with the author's experiences in the senior management of the IRS for the four-year period from 2001-2005. While having considerable experience engaging in audits with the IRS, it was quite another thing to be part of the IRS as a US Treasury Department four-year term appointee to improve the IRS in the areas of customer interaction, efficiency, and audit effectiveness. As someone from industry, he was not always trusted by many in the IRS, especially the field examiners. In the book he imparts his many insights into the ways people in the IRS think, act, and perform their jobs. He also describes to practitioners how they can be more effective in their audits with the IRS.