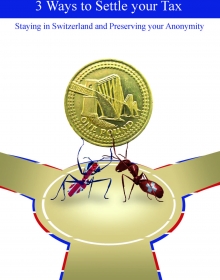 
What are the requirements for disclosure as an alternative to these deductions? What are Her Majesty’s Revenue & Customs (HMRC) powers and options under the Agreement? What options exist for UK residents with Swiss bank accounts?

The Agreement applies to individuals with beneficial interests in Swiss bank accounts, who are defined in the Agreement as “relevant persons who hold relevant assets with Swiss paying agents”. It should be noted that individuals who are already under investigation are excluded from past clearance, which is broadly defined. Clearance does not give immunity from criminal prosecution or naming and shaming. See HMRC side letter setting out their position (Appendix D).

An identified relevant person will be subject to three forms of tax deduction under the Agreement:

1. A one-off payment to settle past tax liabilities.

2. A lifetime withholding tax on income and gains going forward.


3. A one-off withholding tax on relevant assets of 40% in the event of their death.

Alternatively, the relevant or authorized person, acting on behalf of the deceased estate, can avoid the deductions by authorising the Swiss paying agent to disclose information to HMRC. Non-UK domiciled individuals can additionally elect to opt out of the one-off payment or to apply it exclusively to income and gains that have a UK source or are remitted to UK.

They cannot opt out of the lifetime withholding tax, (levied only against their UK-source or remitted income and gains) the alternative of disclosure is limited to these. However, they must obtain confirmation of their domicile status from a professional adviser.

The withholding tax on death does not apply to individuals who are neither UK domiciled, nor deemed UK domiciled for IHT purposes at the time of their death. Confirmation of the deceased’s domicile status from a professional adviser is also required.

Transfer of funds to HMRC in respect of one-off payments and lifetime withholding tax will not themselves be normally considered taxable remittances, as confirmed by the amendments to Schedule 36 of the Finance Bill 2013, effective from 1st January 2013.

Overview: 3 Ways to Settle Your Tax

Chapter 1 - Background to the Agreement

Chapter 3 - Clearance of Past Liabilities

Appendix A (protocol amending the agreement)

Appendix B (the agreement)

Understanding Your Taxes: Other Miscellaneous Tax...
by Milton G Boothe