To what extent does the conducting of clinical trials in the EU by unrelated parties subject a US drug manufacturer to permanent establishment risks? 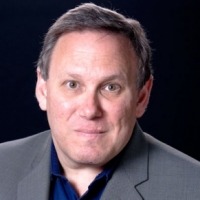 The evaluation of whether a PE exists is done on a country-by-country basis and depends on whether there is a tax treaty between the U.S. and the relevant country. Since it's the EU, there should be a tax treaty. Under most treaties the standard for whether a PE exists is whether the U.S. entity has established a fixed place of business through which it conducts business in whole or in part in the relevant (EU) country. Even if it has established an office, there are exceptions from PE for certain situations (such as an office set up to collect information for the U.S. entity). Notwithstanding that definition, a PE can arise in a particular country if it has an agent (e.g., employee) who acts on behalf of the U.S. entity and has, and habitually exercises the authority to conclude contracts in the name of the U.S. entity. In the present case, you should ask what types of oversight will be conducted by the U.S. entity and from where.

Although you didn’t ask, I would want to know the residence of the party conducting the clinical trials and whether they will be using subcontractors (outside their country of residence). You should determine whether you have to withhold U.S. tax on payments to the service provider and what documentation you will need (Form W-8BEN) from them. Finally, I’d recommend that the contract with service provider contains appropriate protective language so that the U.S. entity isn’t liable for any withholding that may arise from this work (in the U.S. or elsewhere if it arises).

Again, these are very general comments and not legal advice.
Leave a Comment 453 weeks ago