Report ISO disposition in year exercised/cashed out or year included on W2 (different years)? Exercised/cashed out ISOs in 2011 as a disqualifying disposition, received letter from company with all transaction details. I included the ISO compensation on 2011 return. Then, received 2012 W2 showing the ISO amount in Wages and recorded in "Other Income". Should I revise 2011 return, or submit 2012 return with discrepancy between W2 and 1040 income? More directly - what year is the correct year to report?

2. Should I revise my 2011 return, remove the ISO amount, and then report it on the 2012 return? If I do, then I will have an ISO being reported that was exercised in a previous year, requiring that amount to be included in AMT. 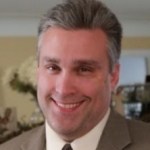 Chuck Heyde, CPA, CGMA
If you exercised in 2011, it should be reported in 2011. I would confer with your employer to see if they can provide you a W-2C.
Leave a Comment 454 weeks ago