I have a US-based client who did some computer consulting in Canada via his S Corporation, and there was 15% Canadian tax withheld. Does the treaty permit that? He was just in Canada for about 90 days, and I thought his income should be free of Canadian tax since there is no “permanent establishment” in Canada. Can he claim a foreign tax credit for that tax in the US? 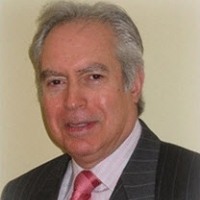 Michael Atlas, CPA, CA
It sounds like what happened was that 15% Canadian tax was withheld under Regulation 105. Under that provision, where any amount is paid to a non-resident of Canada for services rendered in Canada, 15% tax must be withheld unless a waiver is obtained from the Canada Revenue Agency. This is nothing in the Canada-US Tax Convention that precludes such withholding.
However, this tax should be fully recoverable by the S Corporation if a corporate tax return is filed (form T2) including Schedule 91 which would indicate that the income should be exempt from Canadian tax under Article VII(1) of the Canada-US Tax Convention. A US S Corporation is generally recognized by the Canada Revenue Agency as a resident of the US for treaty purposes.
Since this tax is recoverable from Canada, it is not possible to claim a foreign tax credit in the U.S.
Leave a Comment 383 weeks ago