How to determine basis for inherited real-estate LP share?

I need to ascertain a basis for a 2% share of a real-estate LP that I inherited in April 2010. The property sold for $2,395,000 in June 2011 and the partnership was dissolved later that year. The K1 for that year showed a business gain plus a capital gain of $16292. This resulted in an unexpected tax liability of about $6000 ( ~$2444 from capital gains). I would like to recover the capital gains tax. With no obvious basis on the K-1, I filed for an extension, then filed the return with a zero basis in October 2012.
In the past year, I've made further efforts to resolve the issue. The property is in Texas; I located three parcels related to the LP's property in the county tax appraisal district database. Unfortunately, the total appraised value of these parcels (both before and after the sale) is only ~56% ($1,342,161) of the sale value. The records included only 4 of the 10 buildings on the parcel; was there yet another parcel that was missing from the database? I called the tax office and inquired; a week later the database had been updated to include the missing apartment buildings. But the appraised value of that parcel did not change - it was merely redistributed among the enlarged set of buildings.
So now, with three months to go, I need to resolve the following questions and submit the amended return:
1. Can an appraisal serve as a proxy for the value of the LP? I have no visibility into any liabilities (or other assets) of the LP.
2. Could I hire a private appraiser to come up with a value for the property? Given that there is an appraisal on the books at the tax office, could an appraiser substantiate a higher value and document that to the satisfaction of the IRS?
3. The K1 forms have entries for capital account balances - can these values be used to establish a basis (i.e. take the difference from the final K-1 and the first one, and subtract that from the capital gain)?
There are two other LPs that I inherited shares in; I'll eventually need bases for those too. 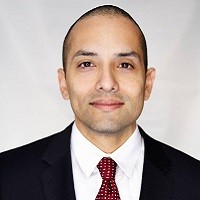 Jorge Otoya
I would be happy to assist. Feel free to contact me at your earliest.
Leave a Comment 303 weeks ago