My wife sold land that she had received from her father as a gift many years ago. A single person LLC was setup at the time (2004) and 2 office buildings were purchased from the proceeds of the sale. Then last year, 2012, she sold one of the buildings to one of the tenants. She originally purchased the building for $363,000 in 2004. We did improvements over the years, new carpet, painting, etc. Then in 2012 she sold the building for $325,000. She kept the money and did not reinvest it (no other 1031 purchase)- actually used to pay down other debt. None of the building was ever depreciated from 2004 to 2012. 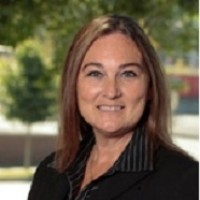 JEANIE PITNER
This is one of those questions that needs more questions and answers.
1. In the first part of the question it appears that she was renting out the 2 building as office space.
2. If this is the case the office building she was renting would of been reported on the Schedule E form. Typically a tax professional would report the "rents" from an office building complex on the Sch E form and the office building itself along with improvements would of been depreciated over 39 years. The sale of the building would be removing it from service and group sold with all of its components and improvements all the years. The depreciation calculated would be what was allowed or allowable and added back to the basis and gain or loss would be reported from the differences of the selling price.
3. If the property was held for investment the sale, the basis of the building would be the cost of the building and improvements. This would be reported on form 8949 and then transferred to schedule D to report the gain or loss. There also may be some selling expenses involved.
4. It would be best to seek help from a tax professional to prepare your tax return to assure it is completed properly.
Leave a Comment 406 weeks ago