Does the United States impose a higher tax on U.S. Citizens who are residents of other countries? 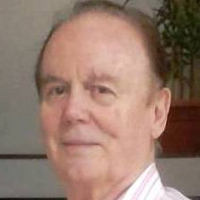 Dan Gordon
No! there is no difference the the tax rates based on residence or location. However there is two provisions for US Taxpayers to actually pay less in taxes when living and working abroad. One is the Foreign Earned Income Exclusion and the other is the Foreign tax credit. These each require the proper forms to be filled out and the Exclusion and Credit taken appropriately. They are not automatic in any stretch of the imagination.
Leave a Comment 93 weeks ago

John Richardson
On February 28, 2019 TaxConnections kindly posted my first post comparing the way that 19th Century Britain and 21st Century America Treated Its Citizens/Subjects. The post received a great deal of interest resulting in more than 120 comments (largely reflecting the frustration of Americans abroad and accidental Americans).
The purpose of that post focused largely on citizenship and the fact that the United States imposes worldwide taxation on U.S. citizens who are tax residents of other countries and do NOT live in the United States. What that post did NOT do was to focus on HOW the Internal Revenue Code applies to U.S. citizens who do NOT live in the United States.
Read full article: www.taxconnections.com/taxblog/the-united-states-imposes-a-separate-and-much-more-punitive-tax-on-u-s-citizens-who-are-residents-of-other-countries/
Leave a Comment 92 weeks ago