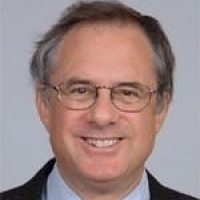 Howard heads the Jones Day Tax Practice in Brussels, Belgium. He focuses on international tax and corporate structuring, coordinating both the corporate and tax sides of transnational M&A, joint ventures and restructurings.

Howard recently represented Platinum Equity in both its pan-European (Dutch, Swedish, U.K., Romanian) acquisition of the Geesink Norba Group from Oshkosh Corporation and its subsequent sale to a German private equity fund, as well as the purchase of the 3B-Fibreglass manufacturing business (Belgium, Norway, Tunisia, Luxembourg) from Owens Corning and its subsequent sale to the Binani Group of India. He has advised on many pan-European tax and corporate structuring and M&A projects for IT companies such as IBM, Fujitsu Consulting and NextiraOne Europe; U.S. tax matters for UCB and Solvay (two major, Belgium-based pharma/chemical groups) and AP Moller-Maersk; and pan-Latin American structuring assignments for various other multinationals.

Howard chairs the Legal & Taxation Committee of the American Chamber of Commerce in Belgium, which has often taken the lead in lobbying for U.S. industry in Belgium and the EU. He is coauthor of the BNA Portfolio (No. 999 - 2nd) on "Doing Business in the European Union" and has chaired and spoken at Congresses of the International Fiscal Association in Stockholm, Eilat and Amsterdam. He is also the Belgian correspondent of Tax Management International Forum and frequently publishes articles on international taxation in both U.S. and European journals.

According to Chambers Europe, he is cited as one of Europe’s leading tax lawyers for “his excellent advice, technical skills and detailed knowledge of so many different industries”.

Is the proposed FTT (Financial Transactions Tax) likely to see the light of day?
Can we expect to see more movement and progress as regards European-wide tax harmonization?
I have heard that Luxembourg intends to follow Belgium in enacting a Notional Interest Deduction regime. is that true? What are the details and when can we expect to...
Is the Notional Interest Deduction going to remain in place in view of the recent changes proposed to Belgian tax law?
Browse All

Howard Liebman is one of the most outstanding Tax Lawyers in the world. Multinational corporations who need assurance that they have the most technically competent international tax lawyer retain the consummate professional with Howard. His technical and interpersonal skills are the finest anywhere!
Kat Jennings, CEO
TaxConnections
Kat Jennings, CEO
La Jolla, California, USA
Founder and CEO
TaxConnections