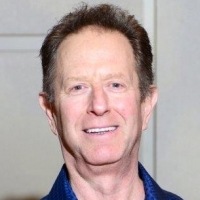 I AM THE TAX WIZARD!

Read all about me on this site and on my website www.yourfinancialwizard.com

I AM THE TAX WIZARD!

While at PWC he worked in the financial auditing department on clients including The National Theater, CBS Television, National Public Radio, SWIFT (Society for Worldwide Interbank Financial Telecommunication), and the complex Divestiture of AT&T.

Mr. Bezozi then joined the tax department of KPMG where he worked on the tax returns of many prominent political figures including a former U.S. Secretary of State, Secretary of Commerce, Presidential candidate, and Senator, prominent real estate developers and business moguls, and famous musicians, rock-stars and athletes.

After leaving KPMG, he joined forces with a retired veteran IRS agent and devoted his time to learning how to help individuals and businesses with serious IRS tax problems. Mr. Bezozi has become one of the best in the country at resolving client tax problems. He has been told by several very experienced IRS employees that the documentation he submits is “the best they’ve ever seen.” He also comes up with settlement plans that are very favorable to clients and that are very realistic to qualify for and stay in compliance with. Mr. Bezozi considers the work he does is an “art” not a “science.” He has the many years of experience and the judgment required to solve the most complex types of cases that he is used to handling.