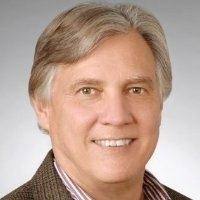 Eric D. Ryan concentrates in international tax planning, transfer pricing, post merger integration of legal entities and operations and tax controversy. He has over 25 years of experience, both as a tax partner advisor and an internal corporate tax director, on key international tax structuring issues. His clients are primarily in the high technology industry, including software, hardware, semiconductors and life sciences companies.

His experience includes advising clients in choice of location for their operations; conducting direct negotiations for tax holidays in countries such as Switzerland, Singapore and others; advising on intercompany arrangements that minimize Subpart F and similar tax issues; and advising on intercompany economic terms that seek to maximize profits in appropriate jurisdictions. He advises on the use of holding companies, the valuation of transfer of tangible and intangible property and the establishment of cost-sharing operations. Mr. Ryan is experienced in developments of advice pricing agreements (APA’s) and intercompany debt and equity.

On behalf of the Government of the United States Virgin Islands, Mr. Ryan worked to obtain the favorable guidance from the US Treasury and Internal Revenue Service ultimately contained within Notice 2006-76, relating to the qualification of certain e-commerce business models for income tax exemptions in the USVI.

As tax director for Apple Computer, Inc., Mr. Ryan was responsible for the worldwide tax planning, compliance and audit defense activity for this Fortune 100 company operating in more than 30 countries. He led that company’s efforts to respond to the IRS at the exam, appeals and Tax Court levels. Mr. Ryan was responsible for the efforts which led to the favorable Tax Court decision regarding Apple's inclusion of stock option compensation in the qualifying base for R&E credits (Apple Computer, Inc. v. Commissioner, 98 T.C. No. 18 (1992)). He was also the architect of the world’s first APA in 1991, between the US and Australia, and later for others with Japan and Canada.

Mr. Ryan is listed as one of the pre-eminent practitioners in the Guide to the Worlds' Leading Transfer Pricing Advisors, published by Euromoney. In 2006, he was recognized as one of the top tax lawyers in the Bay Area in a study published by Bay Area Lawyer magazine. He is a frequent speaker on international tax matters for several organizations, including the California Bar Association Tax Section, the Asia Tax Executives Forum, and the Council for International Tax Education (CITE).

Mr. Ryan is a Pro Bono Coordinator for the East Palo Alto office.